Discipleship on the Go 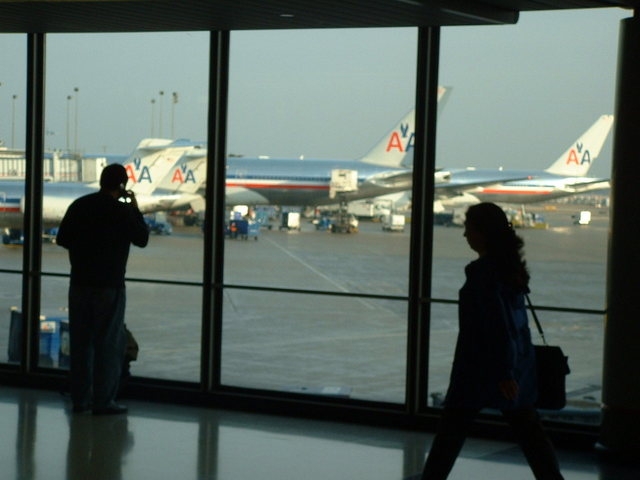 Before leaving earth, Jesus instructed His disciples to go make disciples by teaching others how to faithfully follow Him (Matthew 28:18-20). Each and every day we are all going somewhere. As you go to and fro in life, are you doing so with the intention of making disciples?

While traveling to Newfoundland, I visited with the lady sitting next to me on the airplane. The lady and her husband reside in Thailand and own a hotel there. She asked me where we’d be staying once we reached Newfoundland. I told her, “In a light house on the Fort Amherst peninsula.” She grew quiet when I asked her if she was familiar with the area. She knew the spot well. Her pilot son’s plane malfunctioned close to that point and many lost their lives that day as his plane sunk. It was his young daughter’s birthday.

Wow. It grew quiet as I sat with her. Of course, I was pleading with God for words, but she didn’t seem terribly receptive. Before parting, I asked her for a business card in case I ever made it to Thailand. (She had one dog-eared card left.) That night our conversation would not leave my thoughts. I knew God was impressing on me that He wasn’t finished. When I returned home, the Lord prompted me to send her a Bible engraved with her son’s name.

For several months I heard nothing. Knowing that God’s Word never returns void and knowing it was Him who had asked me to send the Bible, I didn’t worry about the results. Honestly, when I mailed the Bible, a postal worker asked me what I was sending.  When I told him, he scoffed and said the postage would cost more than the Bible itself. I simply replied, “I knew that.”  He then remarked that maybe he should take his Bible off the shelf and dust it off if it was that important.  I smiled and said, “Maybe.”  A double blessing! (I began to wonder if it was all a seed for the postal worker.)

Then, after 5 months I received the most beautiful letter from Thailand. I’ve included part of the letter below:

Greetings from Thailand. I cherish the day that the Lord shared with me through a chance meeting of a young woman on an airplane; you. I only reside in Thailand for part of each year. Five months ago, my hotel manager called to tell me I received a parcel from somewhere in the U.S. Not having ordered anything, I presumed it was an advertisement and told them I would get it when I arrived, which I did a week ago. Imagine my surprise and delight to discover that the parcel was the Bible you sent to me. I held it to my heart and cried. There ARE people in the world who bring joy and peace to others. Your gesture has restored my faith.

When my husband died in 1986, at the age of 36, from a rare lung disease, I turned to the Bible and I read it through. However, because I had four young children to raise, I set it aside. . . But thanks to you, I have again found it to be a great comfort. May God bless you. –J.

My friend wasn’t on any special mission trip, or church retreat. She was just going about her business travel; with a keen awareness that God might want to use her to influence others for His kingdom. What about you? Are you keenly aware of the potential for God-orchestrated appointments with those around you? Are you willing to allow the Lord to use the ordinary paths of your everyday life to accomplish extraordinary things for Him?