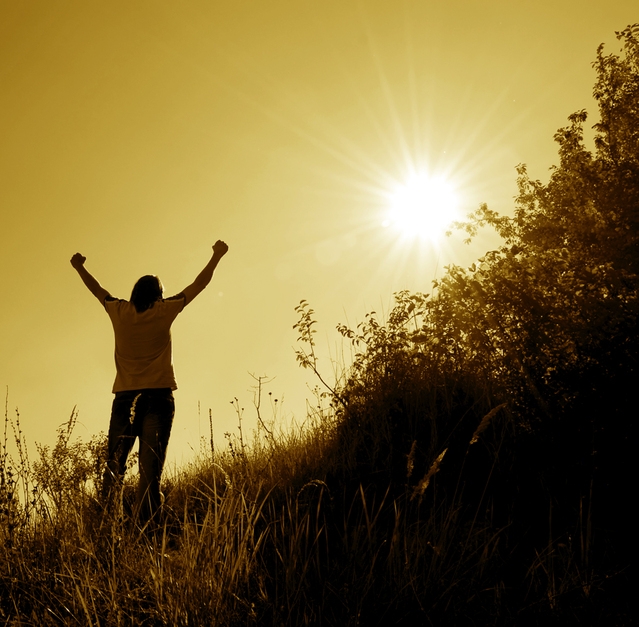 Is there anything you’re facing today that is causing you to be overwhelmed? Are you experiencing feelings of inadequacy or failure? Is the experience of personal victory absent from your life?

Are you aware that the potential to consistently experience victory lies within you?

There was a time in the Old Testament when God’s people had chosen to live in disobedience to Him. They had failed to listen to or follow God’s instructions and, as a result, they continued to suffer consequences for their poor choices. Even though the nation of Israel was consistently disobedient, there remained a few individuals who followed the Lord. One of them was named Gideon.

In Judges 6:11, an angel of The Lord came to Gideon and He said, “The Lord is with you, mighty warrior.” What an unusual thing to say, or was it? Gideon had not yet proven himself in battle as a warrior, let alone a valiant one. Yet God called Him one. God called Him one because He spoke from an eternal rather than earthly perspective. Is it your habit to view your life and circumstances from an eternal perspective or a temporal one? Since the powerful Spirit of Almighty God indwells each believer, He sees our potential as unlimited in every way.

When you enter into a relationship with Jesus, becoming one of His disciples, everything He is becomes available to you: His courage, His strength, His perseverance, etc. In your life’s journey it’s easy to experience feelings of discouragement or defeat; but you don’t have to live there. If you have a relationship with Jesus, discouragement and defeat fail to accurately describe your potential in Him.

Think about it: it’s easier to be courageous when you know the power, strength, and protection that is available to you. You can be courageous because Christ is courageous in you. You can face each day resolved to live for Jesus as He calls you to because Jesus is living in you!

In order to reach our full potential in Christ Jesus, we’re going to need to first and foremost view our lives from God’s perspective rather than from our own perspective or that of others. Secondly, we’re going to need to rely on the power of the indwelling Holy Spirit. In Judges 6:14 God instructs Gideon to operate in the strength that He has given him. As we go about our daily lives, God, too, will give us everything we need to be valiant warriors for His kingdom’s cause. Are you daily depending on God’s strength or are you struggling and striving in your own strength?

God is true to His promises and will fulfill what He says He will do! As Gideon grew in his trust and dependence on God, He was continually faithful; and Gideon indeed became a valiant, victorious warrior. Are you ready and willing to trust God with the moments of your day in order to experience victory rather than defeat?